Yesterday was a cross training day at the gym. I did thirty minutes on the AMT and then I did what I will describe as “hell-for-abs.” I bought this app called iBootcamp and it kicked my arse (well, my abs.) As I am still paying for it today (ouch!) The workout really did feel great though and I enjoyed the gym more than usual (I always like people-watching; except for the cocky teenage boys who smell bad, I could do without them.) 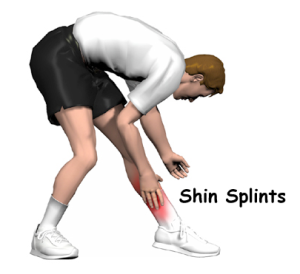 This evening I had planned on an 8km this evening, but I only did 5km. Now, in my head, that is a bit of a fail. However, after the first 250m, I almost turned around. But I pushed myself to do another 250m, and then another and then another. Finally, I told myself if I did at least 5km I could call it a night. I didn’t want to quit because I didn’t have the energy, or the weather or not the right kind of music on my iPhone, I wanted to throw in the towel because I had the absolute worst pains in my shins. They were EXPLODING with pain. My right leg is still throbbing!

Despite being an absolutely beautiful evening, the entire run was awful. Just awful. The mosquitos are out already and I have bloody legs and arms. At any rate, I guess I will have to make up for missing the 8km but I am pretty proud of myself that I kept going even though every bit of me wanted to quit!