So there’s been lots of buzz about Jennifer Livingston facing off against Kenneth Krause on air yesterday. Here is the letter that Krause sent Jennifer: 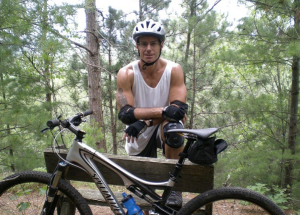 It’s unusual that I see your morning show, but I did so for a very short time today. I was surprised indeed to witness that your physical condition hasn’t improved for many years.

Surely you don’t consider yourself a suitable example for this community’s young people, girls in particular.

Obesity is one of the worst choices a person can make and one of the most dangerous habits to maintain.

I leave you this note hoping that you’ll reconsider your responsibility as a local public personality to present and promote a healthy lifestyle.

And then her brother Ron Livingston (aka Berger off of Sex and the City) had this to say: ‘My sister Jennifer is an Emmy-winning journalist and mother of three

amazing girls. She brings an exceptional dedication to her job, her family, and her community, and has been a role model of mine for many, many years. I’m extremely proud of her.’

Kenneth Krause’s identity was revealed (though not on air.) And he went on to defend his original email to Jennifer (no apologies and zero willingness to do any interviews.)

‘Given this country’s present epidemic of obesity and the many truly horrible diseases related thereto, and considering Jennifer Livingston’s fortuitous position in the community, I hope she’ll finally take advantage of a rare and golden opportunity to influence the health and psychological well-being of Coulee region children by transforming herself for all of her viewers to see over the next year – And to that end I would be absolutely pleased to offer her any advice or support she would be willing to accept.’

I’ve been called fat many-a-times. Countless even. And while it stings, physical appearance does not equate character nor ability to be a role-model. Lucky for me, growing up I never paired the two together, if I had I would have given up on a lot of things. Yet, I was personally offended by Krause’s attack because obviously not-so-long ago I had gained almost 60 lbs during pregnancy (not to mention quite a few before I got pregnant.) Yep. I most-definitely must have been a poor role-model for young girls. Volunteering at the food bank, working on the team that put together one of the most successful World Junior Championships, starting my own company, becoming a sub-chair on a committee for the prestigious Calgary Stampede (as a first-year volunteer) and raising a kid. Boy, being fat really holds you back as a leader. Unfortunately, there will always be assholes like Krause who believe that because of your physical appearance you cannot lead. I’m sure the prototype of role model in his head only exists on the covers of VOGUE, Vanity Fair or perhaps, Mens Health. Gag me.

And you know, I debated whether to waste my breath giving Kenneth Krause any more air-time, but when I saw Jennifer’s response I couldn’t help but think “HELL YA!!” She did exactly what many of us would have loved to do. And truthfully, it took me back to a time when one particular loser referred to me as “Fat Kat.” I didn’t have the opportunity to publicly humiliate him with an eloquent response like Jennifer. But this particular brand of loser peaked in high school, became a drug addict, lived with his parents for almost the same amount of time that I began long-distance running, found my confidence, completed university AND college, spent time in New York and began a career. And when I finally saw him years later he said, “Wow, you’re looking really good,” with his stupid mouth agape. Which, I’ll admit was very big of him. But I walked away with the satisfaction of knowing that weight doesn’t dictate who you are or what you’re made of. Just like being skinny doesn’t make you a better leader. Having rich character does. If being a respected role-model were as easy as being skinny, everyone would look like Bob Saget on roids.